If you’ve been following along, you know I already have big love for the state of Florida. I love the weather, and I love the local beer. BUT, I also love that I can subscribe to Tavour. When we lived in Illinois, it wasn’t available. Another reason Illinois sucks.

If you’re not familiar with Tavour, well it’s basically mail order beer. And who doesn’t love an occasional porch bomb for beer that you can order at your leisure? So, I know nothing about Monday Night Brewing, except they’re located in Atlanta, Georgia. So, as I sit here and watch the NFL Draft (only because my beloved Blue Jays are on an off day as we all await the hyped debut of Vladimir Guerrero, Jr. in the big leagues), I decided this was the first Tavour beer to crack. Why? Well, it was at the front of the fridge and it was cold. 🙂

Monday Night Brewing describe this imperial stout as “Dark Subject Matter is an adjunct-free American Imperial stout. But that doesn’t tell the whole story. With 2-row, Munich and chocolate malts in the mix, this beer is roasty and toasty like most stouts. Chocolate is prevalent on the nose, and this beer is silky smooth. Pair it with a hot fudge sundae, a fine cigar or your favorite true crime podcast.” 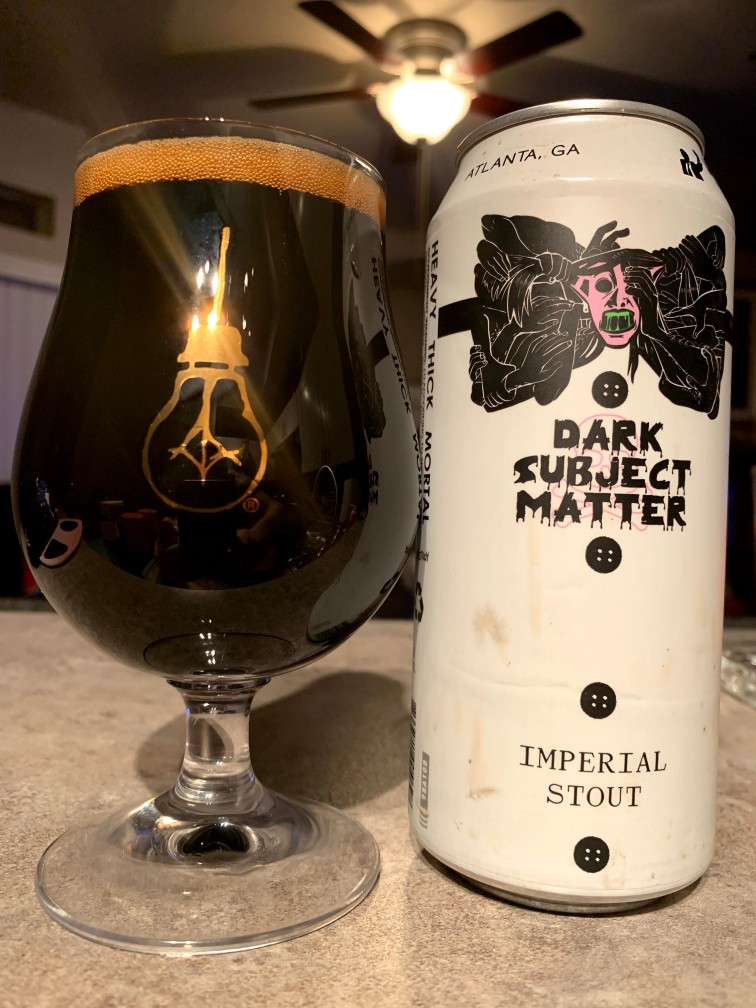 Dark Subject Matter pours black as night with a dark khaki head that dissipates quickly to nothing. Swirling the beer in the tulip reinvigorates the foamy, frothy head momentarily before vanishing yet again.

On the nose there’s a ton of sweet chocolate. Wow! That’s very nice. It’s almost a slightly boozy aroma, which is an interesting treat. Let’s tip it back.

If you’d like to try out Tavour for yourself, I have a referral code that gets you $10 off your first order. Simply use the code 224345 and you’re set.

Well, my beloved Seahawks have two picks in the 1st round tonight. Let’s hope they pick good ones. And tomorrow night, we’re back to baseball and Vladdy Jr’s Major League debut! Stoked!