I’ll have to admit the first couple times I had Hunahpu’s I didn’t care for it. But tastes change and palates mature. Perhaps it was because the biggest pour I had originally was a 5 oz taster. At any rate, and for some reason, Cigar City is now doing 8 oz pours so I’m revisiting this classic imperial stout. 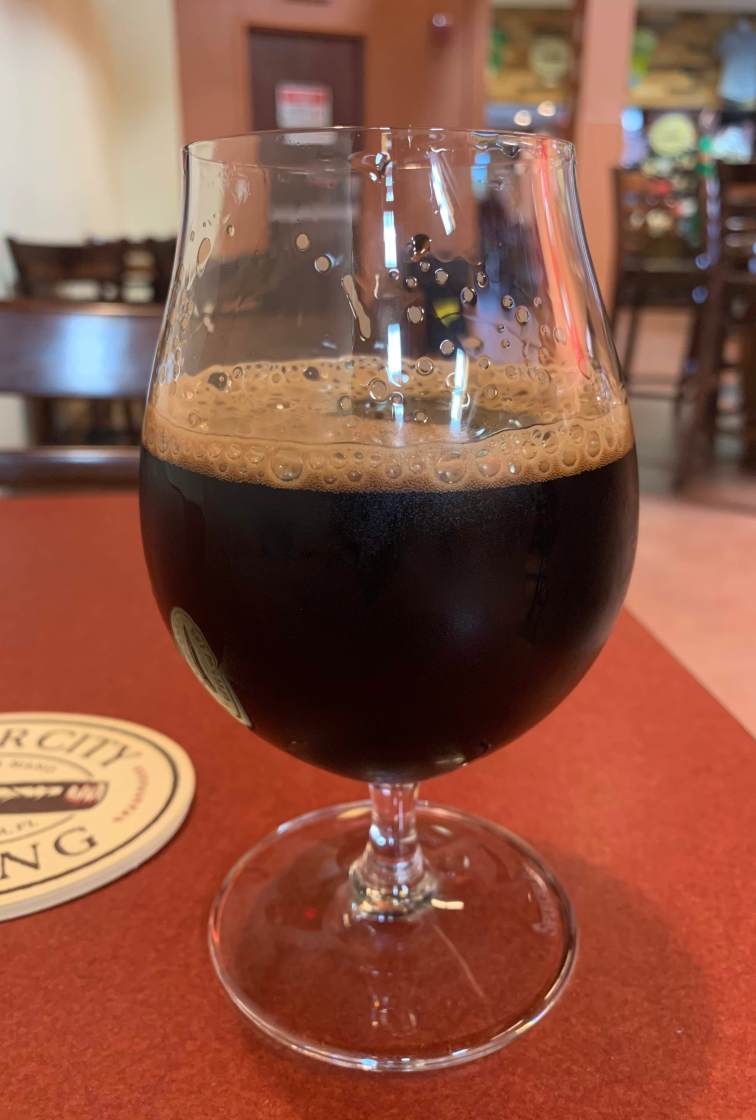 Hunahpu’s pours a deep brown with a nice, thick bubbly, dark tan head that dissipates to a nice carbonated dark ring around the inside of the tulip. Swirling the beer in the glass reinvigorates that carbonation, creating a smooth, silky head yet again.

I think where I went wrong before in my original thoughts was expecting this to be a sweet stout. Hello, McFly! This is definitely not a sweet stout. I recently had Marshal Zhukov’s for the first time (I don’t know how I’ve missed it!) and I thought it was a spot on Russian Imperial Stout. Very solid. So let’s get back into Hunahpu’s.

Cigar City’s annual offering of their flagship stout has something in common with Perennial’s Abraxas. Both are made with similar ingredients: cacao, vanilla, cinnamon, and peppers. But that’s what I love about brewing; it’s all in the details. 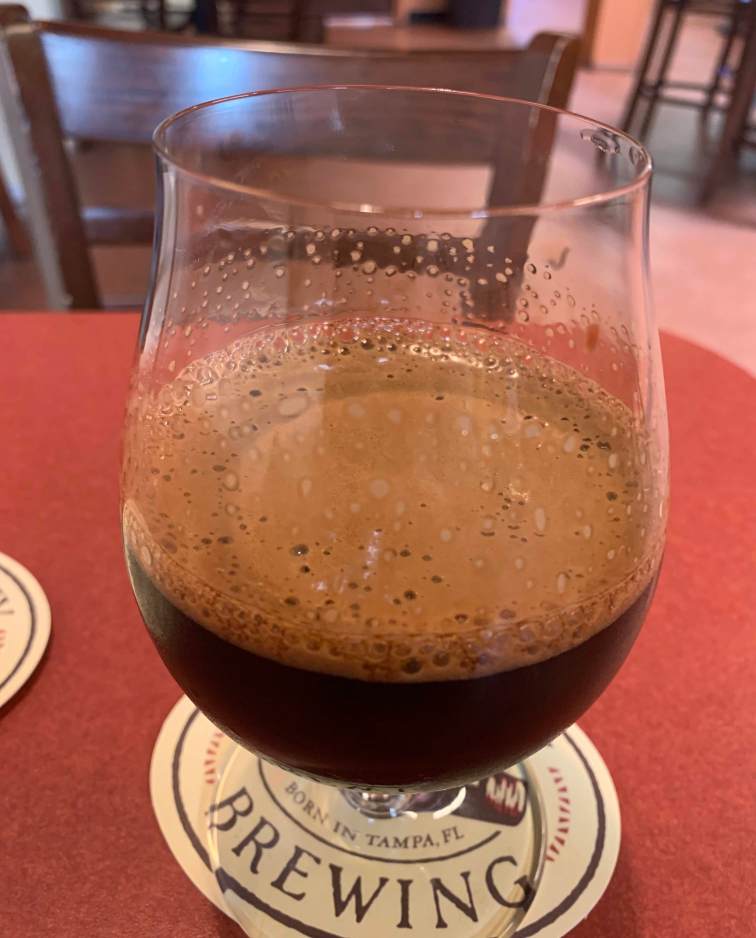 Hunahpu’s is full on espresso on the nose with a touch of vanilla and slightly boozy. Very interesting.

On the palate is where this monster shines. Dark chocolate explodes onto the palate and washes the taste buds with its bitter darkness. This is a thick, full-bodied stout with only hints of cinnamon on the back end. The peppers are subtle, which is perfect, compared to some of the Mexican chocolate stouts I’ve had lately. I think this is what everyone in the area is trying to achieve. I’d like a little more vanilla and cinnamon with this but that would make it too sweet for what it’s trying to be. Hunahpu’s is all about the cacao. I love that they include the mythology behind the naming of this beer. I’m including it at the end of this blog. Someone has done their homework at Cigar City. That’s what we call attention to detail, people!

I’m glad I came back to this beer. I enjoyed it. Is it worth $50 per bottle? No way. Considering I can get Abraxas for $25 that’s a no brainer. But it is a solid offering from Cigar City. Now that I’m down here in Tampa I’d like to experience Hunahpu’s Day at least once. I did have the pleasure of tasting Xquic’s Maple Imperial Stout at a bottle share recently, which is one of the VIP bottles for Hunahpu’s Day this year. It was probably the best beer I’ve had from Cigar City. I only had a taster so I didn’t even bother reviewing it, but my goodness, the maple was exquisite.

So, one only need to look at Cigar City’s description of Hunahpu’s to see what this beer is all about. “In Mayan mythology, Hun Hunahpu was the father of the Mayan hero twins Hunahpu and Xbalanque. Hun Hunahpu, along with his brother Vucub Hunahpu, was tricked by the Dark Lords of the underworld and slain. Hun Hunahpu’s corpse morphed into a cacao tree, his head becoming a cacao pod, which in typically awesome mythology fashion, spit upon the hand of a young maiden named Xiquic who promptly became pregnant with the hero twins. The twins would ultimately grow up to avenge their father and uncle and defeat the Dark Lords and ascend the heavens to become the moon and sun. We brew Hunahpu’s® Imperial Stout once a year and release it only at the brewery on the second Saturday in March. We will continue to do so until the end of the cycle.”