I’m a terrible person. I didn’t even know 81 Bay was from Tampa until I met them at the Maple Bacon Coffee Porter Festival on January 12th. When they explained where they were located, I’m sure my face was one of complete and utter stupidity. Consequently,  these guys have not been on my radar. But I’ll try any beer once so…yeah.

I had this beer as a taster at the MBCP Festival and enjoyed it, as much as you can enjoy a two ounce pour. So, the wife and I vowed to drop in and try it on tap. Well tonight was the night, or whenever I wrote this…I don’t know. I’m about six weeks out from posting so just assume when you read this it was written six weeks earlier.  🙂

According to the Untappd page dedicated to Guzumba, 81 Bay Brewing describes this beer as a “sweet stout aged on Ecuadorian Cacao Nibs and a Jamaican blend coffee from Lucky Goat Coffee Co. (hints of caramel and vanilla).”

Guzumba pours coffee black with a thin tan head that dissipates quickly, leaving a thin ring around the inside edge of the glass. 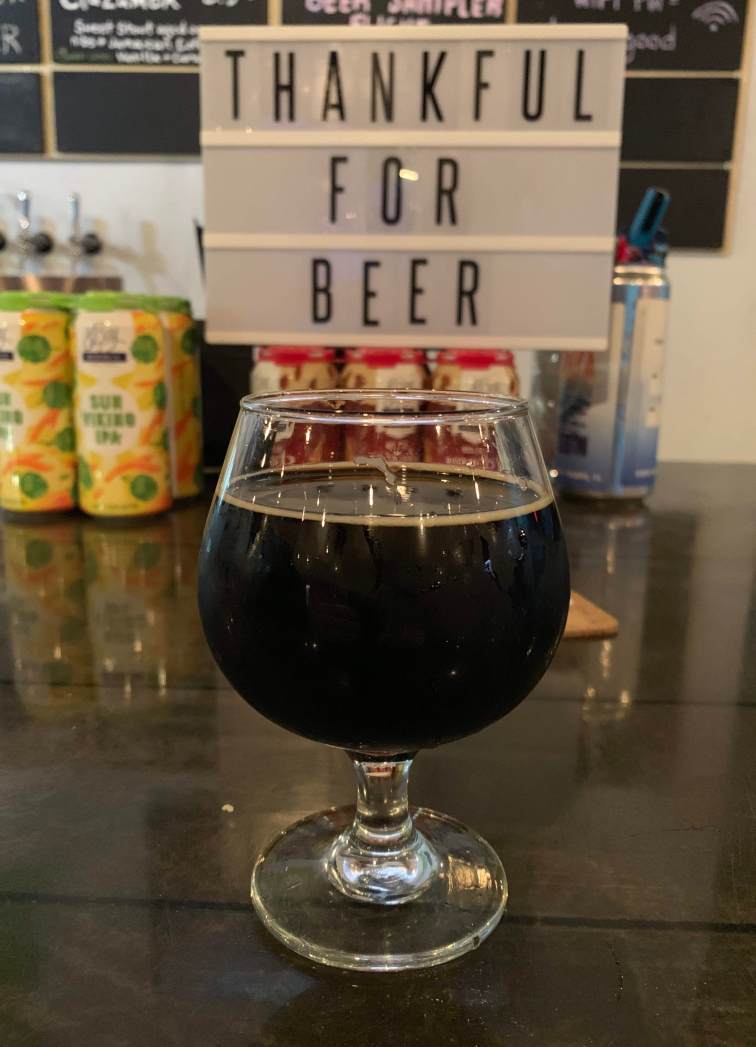 Aroma is full of vanilla and caramel. Hmm…I like this already. While I’ve not had a lot of luck with caramel in beer, Guzumba checks all the boxes. It smells sweet, like it’s sticky sweet. I’m a huge vanilla fan so pairing that with caramel is a winner.

It’s a medium-bodied stout with a nice coffee bitterness mixed with chocolate and caramel. It’s sweet…damn, just not too sweet–which is important. It is a tasty monster. Dare I say it rivals Angry Chair? Is that sacrilege? I think not. 81 Bay has done a lot of things right with this beer. If you look up their beer on Untappd, there’s not much love for the beer brewed by 81 Bay. However, there’s a reason this is their highest-rated beer. It’s phenomenal for a sweet stout.

The more I drink this, the more it reminds me of Wide Awake It’s Morning from Funky Buddha. It would be easy to mistake the caramel for maple flavoring. Hmm…that’s interesting. Regardless, this is a fantastic beer. I’m a fan. The atmosphere at this brewery was very cool. The artwork on the walls to the video projection simulating the view looking out from inside a shark’s mouth was outstanding. Cheers!

One thought on “Guzumba by 81 Bay Brewing”